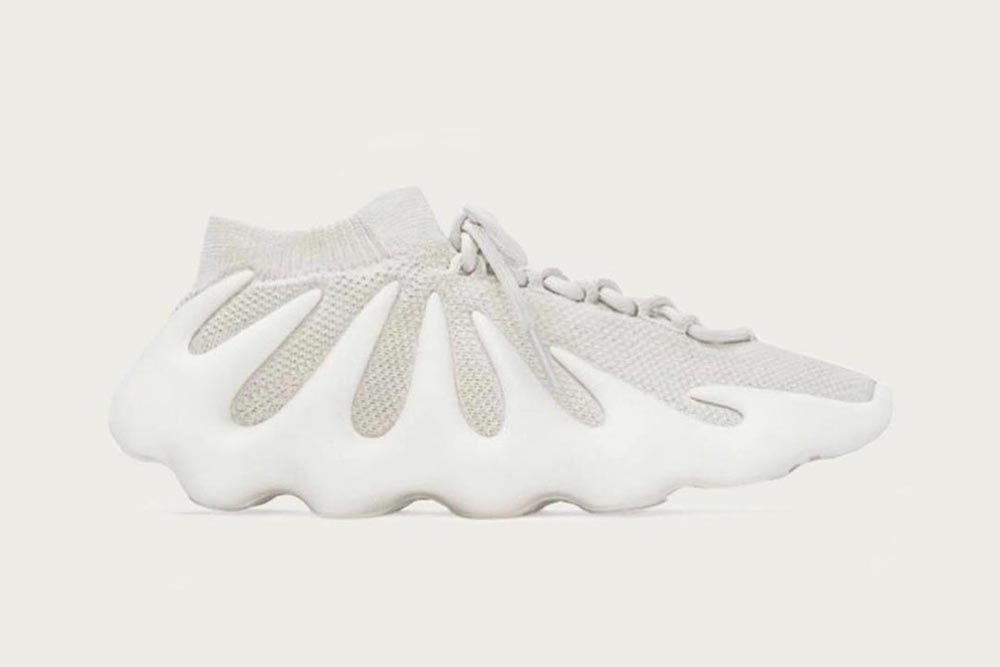 Highsnobiety aims to provide our readers with the latest updates in the sneaker world. However, we cannot verify the reliability of any unauthorized leaks or rumors unless this information is provided directly by the brands themselves.

Kanye West has been teasing his adidas YEEZY 450 — formerly the YEEZY 451 — for nearly three years. Now it looks like the outlandish silhouette will finally be released, as reports suggest the sneaker is scheduled to launch in the above “Cloud White” colorway on March 6. If rumors are to be believed, the sneaker will be available initially as an exclusive through YEEZY SUPPLY for $200.

West began talking about the YEEZY 450 in the summer of 2018 when he shared preliminary sketches of the intriguing shoe. Since then, we’ve seen numerous prototypes, and Kanye has even been spotted wearing the YEEZY model in public.

The YEEZY 450 garnered attention early on because of its Alien face-hugger-style sole unit. Easily one of West’s wildest designs, the 450 is one of the rare YEEZY silhouettes without Boost cushioning, instead opting for a molded outsole that hugs to a knit upper.

adidas has yet to officially announce the YEEZY 450, so you’ll want to check back with us for confirmation on the March 6 drop. Until then, you can delve into our favorite YEEZY colorways here.

To stay updated on everything happening in the sneaker world, follow @highsnobietysneakers on Instagram, check out the best sneakers to add to your rotation this week, and sign up to our newsletter for the latest sneaker news sent straight to your inbox.