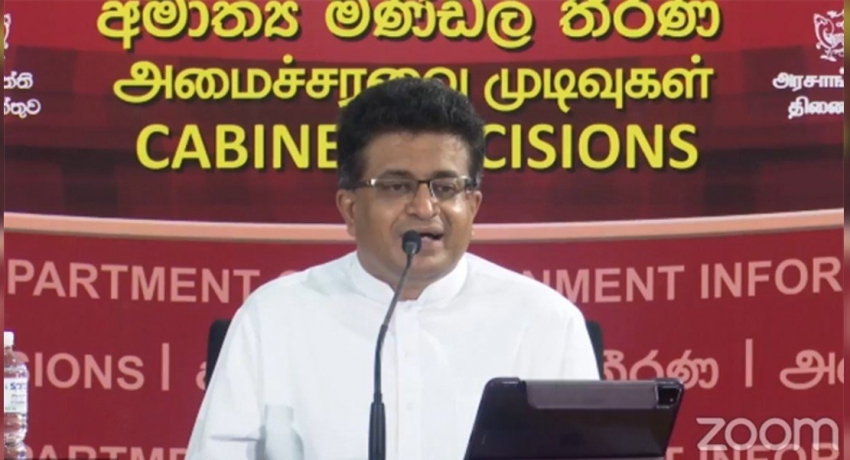 COLOMBO (News 1st): It was reiterated that there is no change in the Government’s decision to hand over the three islands in question in the North Province to China, in the Cabinet media briefing held on Tuesday (16).

“Cabinet has approved the award of tender to a Chinese company, after a competitive bidding process”, Co-Cabinet Spokesperson, Udaya Gammanpila stated at the media briefing this morning.

“Minister of Power has not informed the Cabinet that he wants to post the decisions or cancel that decision so we think that decision prevails” he further added.

“Removing the Sri Lanka Navy Camp from the Port is out of the question since the President has held discussions with China and has granted Sri Lanka Navy the full control authority” Replying to a question posed by a journalist regarding the removal of the Naval base in the Hambantota port the Co-Cabinet Spokesperson, Udaya Gammanpila stated