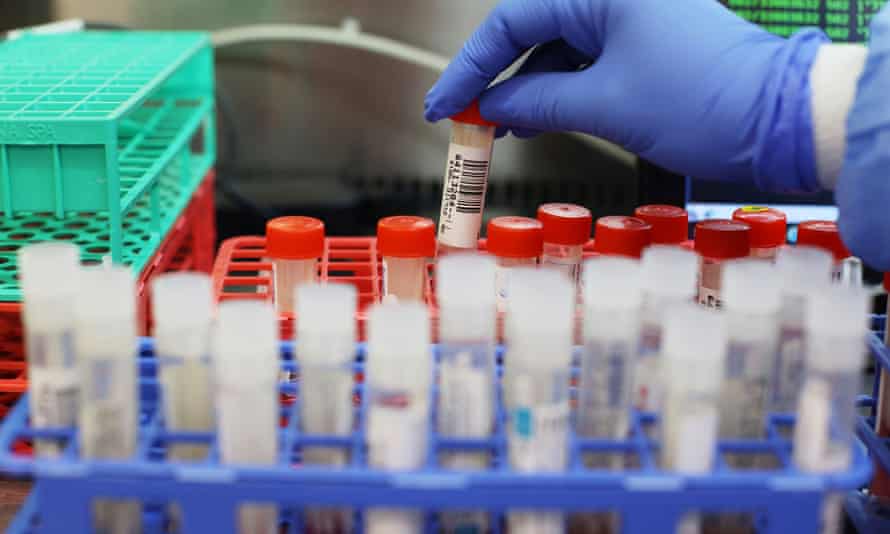 Another coronavirus variant of concern has been detected in the UK and should be targeted in surge testing, experts have said.

The variant, known as B1525, is the subject of a report by researchers at the University of Edinburgh, who say it has been detected through genome sequencing in 10 countries including Denmark, the US and Australia, with 32 cases found in the UK so far. The earliest sequences were dated to December and cropped up in the UK and Nigeria.

The team say the variant has similarities in its genome to the Kent variant, B117, and it contains a number of mutations of concern, including the E484K mutation to the spike protein – a protein found on the outside of the virus that plays an important role in helping the virus to enter cells.

This E484K mutation is present in variants that emerged in South African and Brazil and is thought make the virus better able to evade neutralising antibodies produced by the body.

Dr Simon Clarke, an associate professor of cellular microbiology at the University of Reading, said that while it was unclear what effect many of the mutations may have on the ability of the coronavirus to establish an infection, or on the severity of disease, the presence of the E484K mutation was known in the South Africa variant to confer a degree of resistance to some vaccines.

“We don’t yet know how well this [new] variant will spread, but if it is successful it can be presumed that immunity from any vaccine or previous infection will be blunted,” he said.

Clarke added that the new variant should be included in efforts to boost testing to pick up variants of concern. “I think that until we know more about these variants, any variants which carry E484K should be subject to surge testing as it seems to confer resistance to immunity, however that is generated,” he said.

Ravi Gupta, a professor of clinical microbiology at the University of Cambridge, agreed surge testing for the new variant was warranted, noting that as well as the E484K mutation it had another change “that likely helps it escape from our antibodies”.

But Prof Jonathan Stoye, a group leader at the Francis Crick Institute, said that while the variant was clearly spreading, surge testing had problems, including that those most at risk of spreading Covid may not come forward, for example because they cannot afford financially to test positive.

Stoye said it was not surprising that the new variant contained some familiar mutations. “The minute you start putting selection pressure on this virus, you start selecting particularly for things that give it the ability to escape immune responses, and I think that is what we are seeing here,” he said.

But the discovery that several variants of concern share the same mutations means tweaks to the current Covid vaccines would be expected to offer protection against multiple new variants. “This [E484K] change seems to be the key change at the moment to allow escape, so that’s the one you put into the tweaked vaccine,” said Stoye.

Dr Lucy van Dorp, of the Genetics Institute at University College London, said rapid detection of new variants was crucial. “One of the major advantages of genomic surveillance is to pick up lineages of potential concern early, while still at low frequency, to allow quick assessment and evaluation of their impact and prevalence in other regions of the world,” she said.