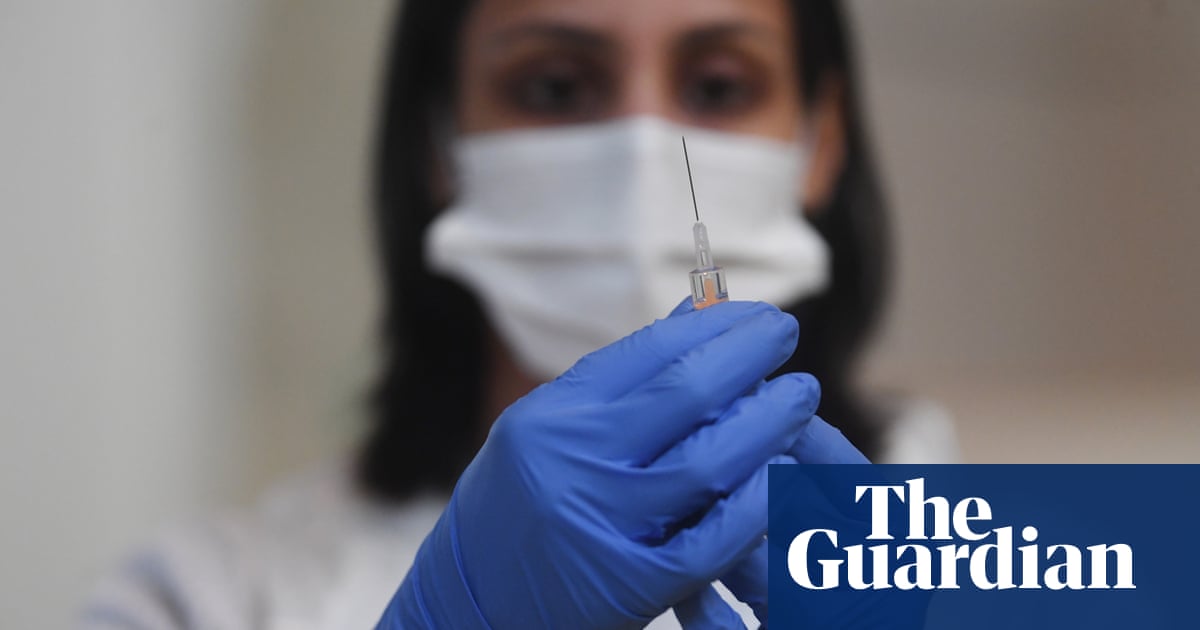 Significant disparities in vaccine uptake among healthcare workers in England may undermine the rollout and its ability to bring the coronavirus pandemic under control, with far lower rates among black and south Asian staff, workers under 30, and those living in the most deprived areas, a scientific adviser to the government has said.

Doctors at the University Hospitals of Leicester NHS trust, which employs one of the largest and most diverse healthcare workforces in the country, raised the issue on Sunday after releasing the first public data on vaccination rates among UK healthcare workers.

Their analysis of nearly 20,000 staff, all of whom have been offered a jab, found the highest rates of vaccination among white people and those in administrative and executive roles. But these were far lower among BAME staff, those under 30, and those in the most deprived areas.

The findings have serious implications for the ongoing vaccination programme, both in healthcare workers and the wider population, and must be acted upon urgently, according to a preliminary report by Prof Kamlesh Khunti, a member of the Scientific Advisory Group for Emergencies (Sage) and Independent Sage at the University of Leicester.

The rollout of vaccines at the University Hospitals of Leicester NHS trust began in the second week of December 2020, peaked in mid-January, and has been in decline ever since. Khunti and his colleagues found that 65% of 19,044 healthcare workers had received at least one shot of a Covid vaccine, but the figure masked substantial differences in uptake. While 71% of white staff had had the shot, only 59% of south Asians and 37% of black staff had received the vaccine.

Nearly a third – 32% – of unvaccinated staff were under 30 years old, compared with 19% of those vaccinated, suggesting that younger healthcare workers may not appreciate the importance of being immunised, or are more hesitant about the jabs. Other figures showed that unvaccinated staff were more likely to live in deprived areas than those who had the jab.

One of the most striking results in the study, which has yet to be peer reviewed, came from an analysis of vaccination status by occupation. While uptake was highest – at 73% – in those in administrative and executive roles, doctors had the lowest rate of vaccination at only 57%. The study notes that doctors are the only staff group at the NHS trust in which minority ethnic individuals form the majority. Rates for estates and facilities staff were marginally better at 61%, with uptake in nurses and healthcare assistants at 63%.

“We were expecting differences, but not these huge disparities, especially as seen in the black healthcare workers,” Khunti said. “We know that black populations are less likely to take up any vaccine, but to see this in healthcare workers was a surprise and a worry as well.”

Vaccines for other diseases are often more popular among white people than black people and south Asians for complex reasons, including longstanding discrimination, misinformation and low levels of trust. Khunti said work would now take place to understand the reasons behind the unvaccinated healthcare workers’ decisions.

Documents released by Sage anticipate more vaccine hesitancy among minority ethnic groups, but also among younger people who may feel less at risk from the disease, despite being vulnerable to debilitating long Covid. “Blatant misinformation” is adding to the problem, Khunti said, by fuelling unfounded worries about the impact of vaccination on fertility. Jonathan Van-Tam, the deputy chief medical officer for England, has described the claim as “a nasty, pernicious scare story”.

“It’s understandable for people to have concerns and we urgently need to identify reasons for vaccine hesitancy among health care workers and address their barriers,” Khunti said.

“As well as all the other public health interventions, such as social distancing, hand hygiene, face coverings, and test and trace, vaccination is crucial if we’re going to get out of this pandemic, and this risk is not only to themselves and their families but to patients as well. It’s crucial we get uptake in healthcare workers as high as possible.”