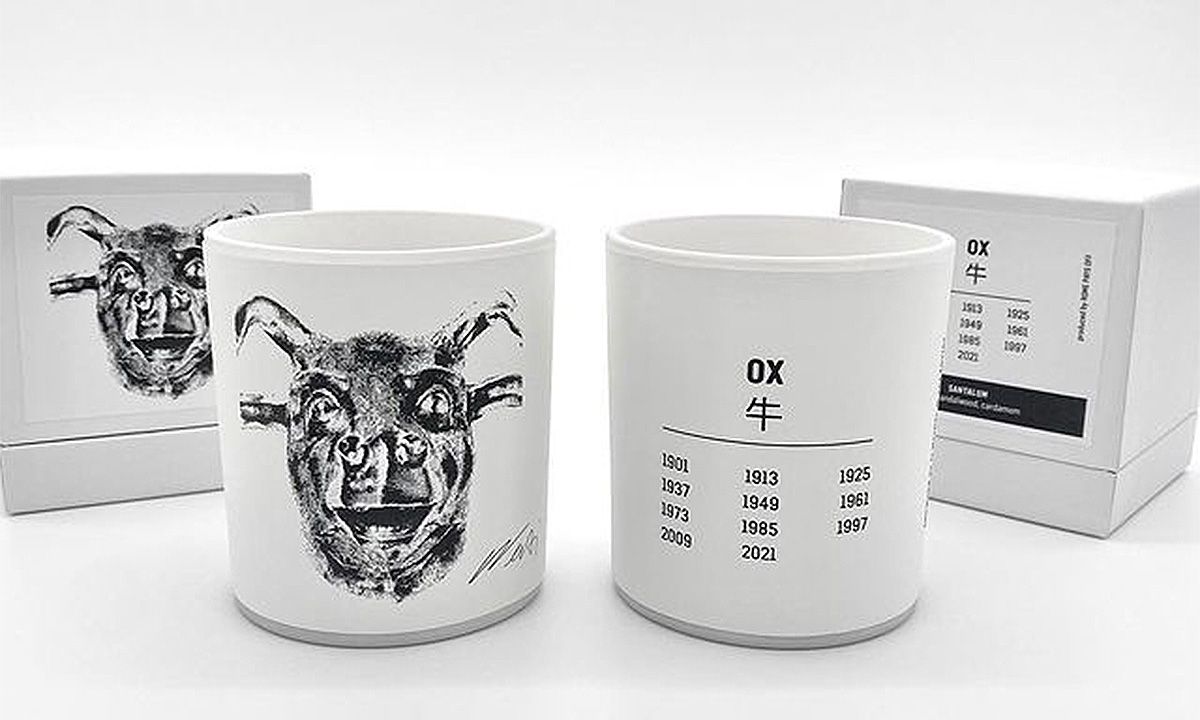 Chinese artist, activist, architect, curator, and filmmaker, Ai Weiwei has dipped his toe into many fields throughout his tumultuous career. Now, to mark the Lunar New Year, he’s finally turning his hand to merch.

The exiled artist has teamed up with lifestyle brand Rome Pays Off  on a limited run of items on the Ntwrk shopping app. Each piece in the collection is imprinted with Ai’s signature “Ox,” to commemorate the year of the ox.

Ai has often used the Chinese Zodiac to offer a critique of Chinese nationalism. In 2015, his installation “Circle of Animals/Zodiac Heads” which sold for a staggering $5.4 million, commented on the way the government has manipulated history. The original heads are now scattered around the world and for many Chinese, symbolize the “century of humiliation” that China endured at the hands of Western and Japanese invaders starting in the late Qing dynasty.

In a recent interview, Ai explained that  he had long been interested in the animal heads and became especially aware of their political overtones in 2009, when the Chinese government stoked a nationalist uproar over an attempt by Christie’s to auction off two pieces, a rabbit and a rat. They had been part of the estate of Yves Saint Laurent.

In 2018, he rendered the 12 zodiacs in LEGO. He told Art Daily that he was inspired to do the series because he is a collector, and because animals are relatable to children and people outside of the art world.

Styles on Ntwrk are available, until they sell out. In honor of the lunar new year, Rome Pays Off and the artist have served up such items as a zodiac ox T-shirt for $75, zodiac ox sweatpants for $125 and a zodiac ox candle for $110.

The artist is also launching a line of scarves through a tie-up with the art book publisher Taschen. Three different scarves — a haircut, a citizens Investigation and a cats and dogs one — will be offered. There will also be two tote bags bowing on Ntwrk on Monday at 8 p.m. EST. There were 2,500 units of each item produced and each is numbered with a screen-printed signature. Frames are not included with individual purchases, but they are recommended.