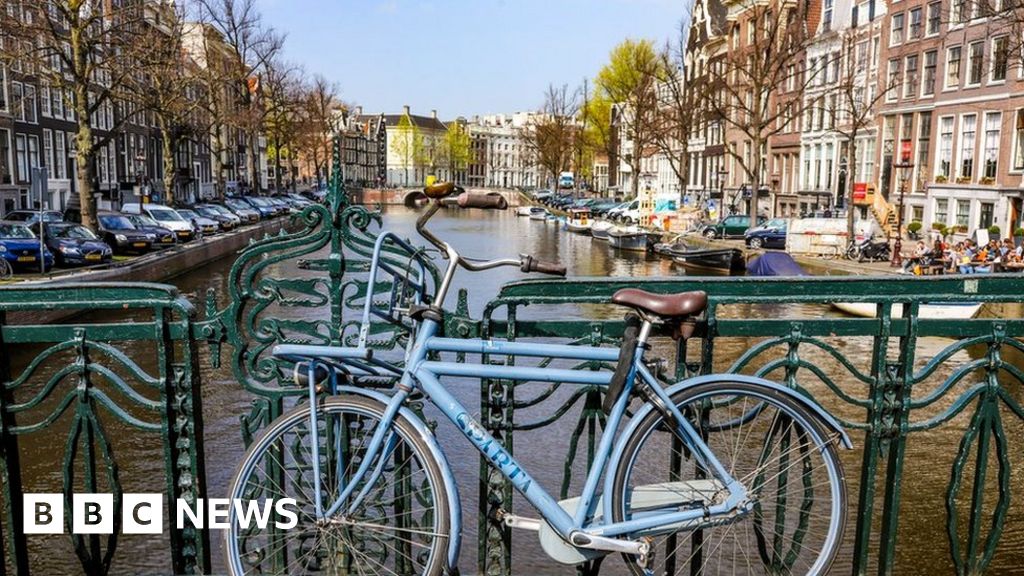 When international visitors are eventually able to return to the canals that crisscross the medieval streets of Amsterdam, they may find one of the Dutch capital’s famous tourist attractions off limits.

Owners of Amsterdam’s fabled coffee shops are pushing back. They have told the BBC that if tourists are banned from regulated establishments, they will be pushed into the hands of ruthless drug gangsters on the streets.

‘They let go of all discipline’

Amsterdam is famous for an array of things, including its thriving nightlife – red light district, cannabis cafes and bars – attracting 20 million tourists per year.

Like the rest of the Netherlands, the capital is currently in lockdown.

Some of its 850,000 residents would prefer its post-Covid life to resemble its current state, rather than return to what it was. Bernadette de Wit wants to get rid of what she calls “low-value tourists”, including young British women “dressed up as pink penises – they let go of all discipline”.

Bernadette wobbles around to demonstrate how some visitors act from late morning onwards, urinating in the street and vomiting in gardens. 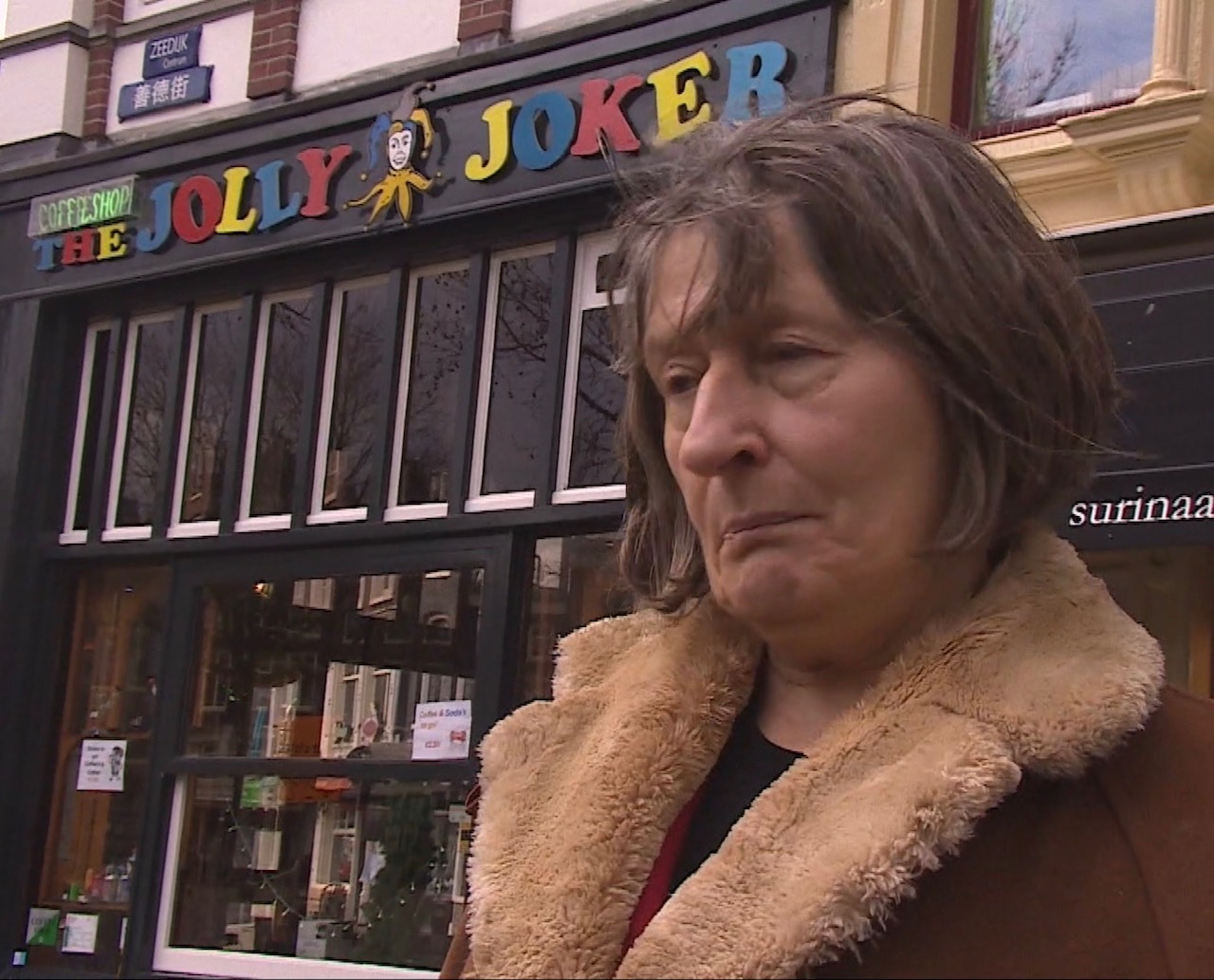 This is our home. This is a Unesco World Heritage Site. Rembrandt used to live in this neighbourhood you know?

The mayor has a plan. Cutting off the lifeblood of cannabis tourism, she believes, will deter that type of visitor and reduce the kind of conduct often associated with them. Most of the Netherlands already requires visitors to coffee shops to show proof of residence, but the rule is not enforced in the capital.

The council has already tried other methods to reduce the pressure that comes with “over-tourism”. Airbnb-style holiday rentals were recently banned from the historic centre, and the future of the red light district is under discussion with proposals to create a sex zone on the outskirts instead.

Coffee shops are the latest pleasure-seekers’ pursuit to be targeted.

Inside Joachim Helms’ Greenhouse cafe, the walls are resplendent with photos of him hugging celebrity clientele, from Rihanna to Richard Branson, Snoop Dogg and Miley Cyrus.

“I’ve lived here all my life,” the owner told me. “People who come to smoke weed aren’t the ones causing the disturbance.” 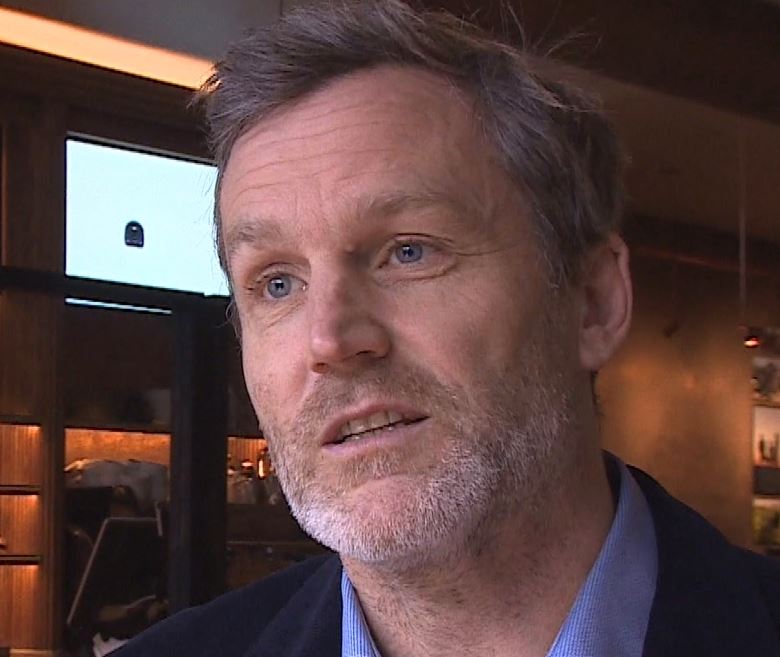 The council already closed a third of coffee shops. Where we are there are only eight coffee shops left and in the same zip-code 500 places that serve alcohol

Taking the tourists out of coffee shops may be easier to enforce than tackling cheap flights and accommodation, but it is not the way to improve Amsterdam for the locals, he believes.

‘Left behind’ by Dutch cannabis laws

Contradictory Dutch regulations have created what’s known as a “backdoor” policy: cannabis production is illegal, but Dutch coffee shops are allowed to sell it. Even though that’s technically a criminal offence, the sale of small quantities is “tolerated”.

This policy means the coffee shops buy their stock from underground criminal growers, who mostly cultivate it illegally in the Netherlands or smuggle it in from places such as Morocco, Jamaica, Colombia and Thailand.

Joachim and other owners have told the BBC their reputation is being damaged by disjointed regulations. Experiments are under way in 10 cities that allow a small number of coffee shops to buy their products from authorised Dutch cannabis growers.

“We are seeing other cities going ahead while we are left behind. It’s bad for Amsterdam – a liberal, tolerant city is actually going backwards,” he complains.

Could tourists be targeted by street dealers?

The BBC asked Amsterdam’s local authority what it made of the warning from coffee shop owners that banning visitors from their premises would merely move the issue on to the capital’s streets.

In a statement, it said: “A growing cannabis market generating ever larger profits is increasingly vulnerable to criminal activity. The current tolerance policy makes it difficult, if not impossible, for coffee shop operators not to maintain ties with illegal suppliers.”

But Mark Jacobs, who runs The Rookies Club on a narrow street in the shadow of the Rijksmuseum, believes the mayor’s plans will fuel the very crime and anti-social behaviour the council is trying to combat.

“The hard dealers are the ones who will be happy: brutal guys, I already see it. At 01:00 I have to close my doors, then there are dealers waiting, they don’t care what they sell you, or what happens to you.

“It won’t be safe on the streets as it is now. You’ll get the new Al Capones, the new dealers will emerge, thousands of them.”

The coffee shops play an important role in protecting young people, according to Joachim Helms, who fears that otherwise they could end up as drug mules or selling drugs on the street.

Other small business owners have their own concerns.

Banning tourists is very hardcore. There are guys who come and say ‘We want some fried cod’. We’re going to sell a lot less fish to people who are stoned, I don’t see a bright side

But many residents do not see it the same way, and with police and prosecutors in favour of tighter controls, it is highly likely that foreign visitors will be barred from Amsterdam’s cannabis cafes from next year.