Callous neglect of people in care homes is a scandal 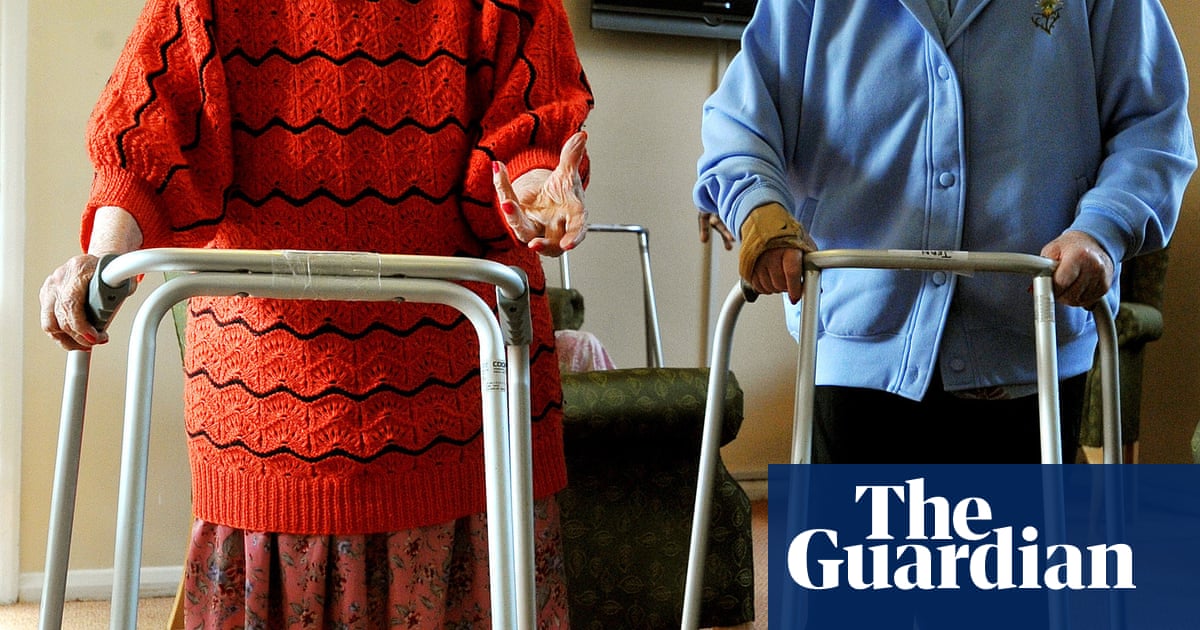 The data assembled by Robert Booth in recent weeks and culminating in his report (Hundreds of UK care home deaths not added to official coronavirus toll, 9 April) is shocking. It points to an “industry” whose longstanding structural failures have been brought to a tragic crisis by the epidemic. This grim situation should mobilise people to demand and initiate change in the way communal care-giving is organised in the UK.

My colleague Prof Chris Phillipson at the University of Manchester has posted a challenging proposal for radical reform on the British Society of Gerontology’s Ageing Issues blog site. This would make it mandatory for homes to be restricted in size, for staff to be properly paid, and for businesses to be democratised within a model of common ownership. Anyone interested in building support for such a programme is invited to visit the site and add their comments.
John Miles
London

• Re your report on deaths in care homes from Covid-19 going unrecorded in official figures, this is an appalling example of older people in homes (as well as staff) being treated as third-class citizens. Urgent reforms of the sector are required but, in the meantime, immediate action is necessary.

First, greater transparency is needed on the coronavirus-related deaths occurring in residential and nursing homes; the numbers should be reported at least once a week in the government’s daily briefings. Second, any clusters of deaths should be highlighted, whether in an individual home or chain of homes, with the reasons explained and a record of the action taken. Third, the government should underwrite an immediate tripling in the average hourly pay rate of care workers; it is now below the basic rate paid in most supermarkets.

The situation is a tragic reminder of the effects of decades of neglect of social care. The need for change to the care home model has never been more pressing.
Chris Phillipson
Professor of sociology and social gerontology, University of Manchester

• The callous neglect of older people in nursing homes is a national scandal, but it is the predictable result of the long-term neglect of the care sector, compounded by the cuts to local authorities under Tory austerity. It used to be said that the test of a civilised society is how well it cares for its most vulnerable. Not only have we failed that test, but now the frailest and their poorly paid carers are on the Covid-19 frontline – just as they would have been if the immoral policy of herd immunity without a vaccine had continued.

The deep-seated ageism that governs policies on social care must be abandoned and frail older people, thousands of whom die of cold every winter, must be treated as full citizens with the right to good-quality social care. When they die, the least we could do is count their numbers.
Alan Walker
Professor of social policy and social gerontology, University of Sheffield

• Your report on care home deaths quotes a Department of Health and Social Care spokesperson as saying: “We have also delivered 7.8m pieces of PPE to more than 26,000 care settings across the country and are rapidly working to extend testing to social care workers.” This equates to 300 PPE items per care setting. I assume they mean since the start of the pandemic – a paltry three items per day. This is totally inadequate for the smallest care setting. At least one cannot accuse the department of being dishonest – just totally lacking in understanding, both of need and of the data it has on it.
Roger Gibson
Bulkeley, Cheshire

• Do you have a photo you’d like to share with Guardian readers? Click here to upload it and we’ll publish the best submissions in the letters spread of our print edition

2020-04-13
Previous Post: It’s shameful to blame doctors for shortages of PPE | Letter
Next Post: Callous neglect of people in care homes is a scandal

Highsnobiety Courtesy of the autotune-inflected sound that dominates the airwaves, the line between singing and rapping is practically indistinguishable. Freed from vocal limitations, hip-hop’s increased focus on tuneful terrain has opened up a new world of possibilities and, as dual-wielding both mediums went from noteworthy to culturally prescribed, this new…Read More→